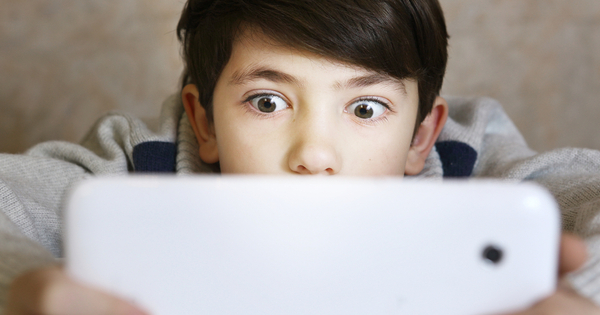 My son had grown sullen. He wanted to be left alone, his attention span was nonexistent, he was screaming at siblings and parents.

Puberty? At eight years of age, that was unlikely. Depression? Perhaps, but this was no chronic condition; the behavior could be stopped at any moment with the introduction of an innovative, groundbreaking device: the iPad.

This column tends to be a “the kids are alright” affair, but I knew it was intervention time when I realized my two boys had become full-blown screen addicts. Yes, I should have known better; the research is in and conclusive regarding the effect today’s gaming devices have on children’s brains. But I’d seen other families pull off screen time in moderation, and life is hard when we’re hunkered down in quarantine, so I figured… what the heck. Let them play their games.

Well, it turns out my kids are working with Charlie Sheen-level gray matter. Instantly addicted and very resistant to detox. I’ve observed them in action, I’ve polled other parents. I know my kids’ responses to the complex stimuli of iPads, iPhones, Fortnite, Roblox, whatever it is, are a magnitude of amplification greater than their peers’. For the most part, I’ve fought this battle to a draw, thanks in large part to the demands and constraints of school.

But then, quarantine happened.

Keeping two screen-addicted boys at home, isolated, and indoors during two of the three rainiest months of the year—while they perform distance learning via computer and iPad—is a recipe for disaster. More specifically, it’s a recipe for screaming, hitting, breaking laptop displays and yelling obscenities I didn’t think they knew. A recipe for my sons to be utter dicks to their younger sisters, who found themselves stuck between self-preservation and their own insatiable desire for that good-good.

In short, something had to be done. My sons had broken not just computer equipment but also the will of two battle-hardened parents. I set myself on a mission to right the ship and get these tech-heads clean. I cobbled together a plan.

Change the Game? Game the Change

In his life-changing book, The Power of Habit, Charles Duhigg defines the Golden Rule of Habit Change thusly: “you can’t extinguish a bad habit, you can only change it.” If the purpose of this project is to rewrite habits, rewire brains, and replace electronic stimuli with good old-fashioned play, then I had to replicate the reward systems they’d grown attached to.

We all know that insisting “turn off the screens and go outside” only gins up power struggles and resentment. If this was going to work, the boys had to be invested. It’s games they want? Then a game they shall have!

Duhigg writes about the power of “keystone habits”: small, seemingly inconsequential habits that can redirect and rewire other, larger ones. So I created a points system that rewarded things like outdoor activity, creative projects, chores, and reading. Together, we made a list of ideas for each category, but I encouraged them to be self-directed and spontaneous. The dividends came almost immediately: within days, they were able to sit in the same room as their devices without reaching for them.

Here’s where I get into trouble. That points system I mentioned? It culminates in a reward. A monetary one. Some people might call this bribery – a grand jury, for example, or judgmental parents in Facebook groups. But I call it positive reinforcement, and I am not ashamed.

In describing the “Habit Loop,” Duhigg identifies a three-step process: the cue, the routine (behavior), and the reward. Mostly, there’s no changing the cues – in this case, boredom. And if you try to change the reward, then you’re just preaching the gospel of deprivation. I can tell you, these kids are not budding Ascetics. So, Duhigg writes, you replace the behavior but keep the sought-after reward.

So, this program couldn’t be punitive, it had to be positive. Aspirational. What’s made this new system work so far hasn’t been an abstract lecture on the perils of screen time, it’s been their own motivation and enthusiasm to work toward something they genuinely want. It wasn’t “Dad’s plan,” they’ve internalized it as their opportunity.

Be Cooperative, Not Competitive

One of the biggest indicators that the devices were a problem was the incessant fighting. Not only could they not get along without screens in their faces, but without that dopamine rush, my sweet and sensitive boys became antisocial.

Moments before sitting them down to introduce the new plan, I had an eleventh-hour epiphany: A contest will become just another chance for them to fight and undermine. It must be cooperative, they have to be on the same team. So, their reward features a mutual “bonus” if both brothers achieve a certain point threshold.

Now, they want to go riding together. They encourage each other to finish their schoolwork or try a project. They’re being supportive! It’s kind of bizarre, to be honest.

It’s only been a week, so it remains to be seen whether this will take. You don’t need to read The Power of Habit to know that the key to success will be consistency and longevity. As healthier habits take hold, I plan to scale back the points and rewards, but for now, here is my report:

By day two, the boys were able to sit in the same room as their devices without reaching for them. On day three, they were lawn bowling with a soccer ball and empty five-gallon water jugs. On Friday morning, day five, they walked the dog, made Belgian waffles, and built a pillow fort in time to begin their homeschooling.

Who knows what tomorrow holds, but as goes the famous recovery mantra: One day at a time.