Your cart
Disclaimer: I received a FREE copy of this product through the HOMESCHOOL REVIEW CREW in exchange for my honest review. I was not required to write a positive review nor was I compensated in any other way. 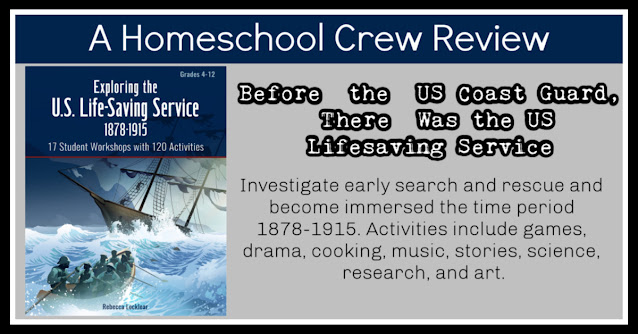 Most people are aware of the five different branches of the United States Military - the Army, Navy, Air Force, Marines and the Coast Guard.  However, before the Coast Guard, there was another group of brave men who put their lives on the line to rescue seamen who found themselves in unfortunate and dangerous circumstances.
For the last few weeks, the kids have been learning about these brave men with Exploring the U.S. Life-Saving Service 1878-1915: 17 Student Workshops with 120 Activities , a unit study written by Rebecca Locklear .  This study is a digital downloadable PDF file that have options for grades 4-12th. 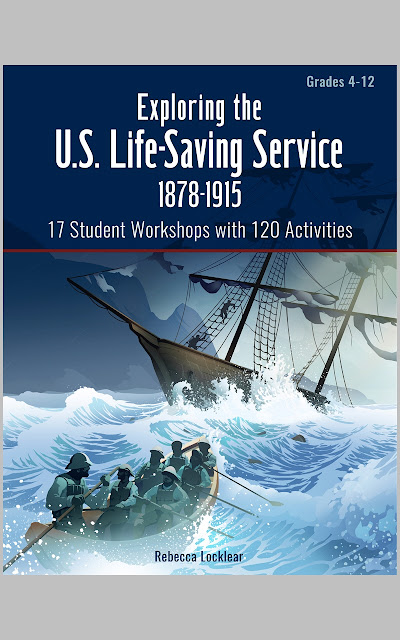 Rebecca Locklear's Great-grandfather was a member of the Us Life-Saving service for 15 years, so it is a topic that is of great interest to her.  Thru this digital downloadable resource, she shares stories of her great-grandfather and the men whom he served with, this 115 page resource provides historical information, interesting black and white photographs and a plethora of activities such as skits, recipes, art projects, folk music, and more.
Set in the timeframe of 1878-1915, this study offers 17 workshops that tell the history and story of the US Life-Saving service and the men who served in it.  The study is broken down into 5 individual units:
Introduction Unit:  This unit introduces the U.S. Life-Saving service.  In this unit we learned about the structure of the team, such as the Keeper (the captain) and the Surfman under him, what requirements the men had to meet to become part of the team, what they were paid, and how life was at the station house in regards to their sleeping quarters, training and duty.

Unit 1:  Life at the Station House  - Learn about what the team ate while living in a remote area and how they obtained their food as well as some of the activities that they used to help entertain themselves when they weren't training or rescuing people.
Unit 2:  Working Together - This unit offered a more in depth look at the various jobs that the members of the team had, activities to learn to recognize different types of ships used during those days, and how they communicated with each other from across the water from ships.  This unit also discusses how rescues were performed and the types of medical equipment they had on hand.
Unit 3:   The Culture of Character -  Much of this type of information is lost on today's society but in the late 1800s and early 1900s, wearing hats in public and taking them off inside, showing respect towards women such as helping her get into a carriage or standing up when a woman stands to leave the table and again when she returns, as well as the art of giving a toast is presented.
Unit 4:  Relevance Today - This final unit shows how many of the life saving and survival techniques devised by the US Life-Saving team are used today, both by the military and rescue teams of today but are also used for general boating safety and for outdoor survival by all individuals. 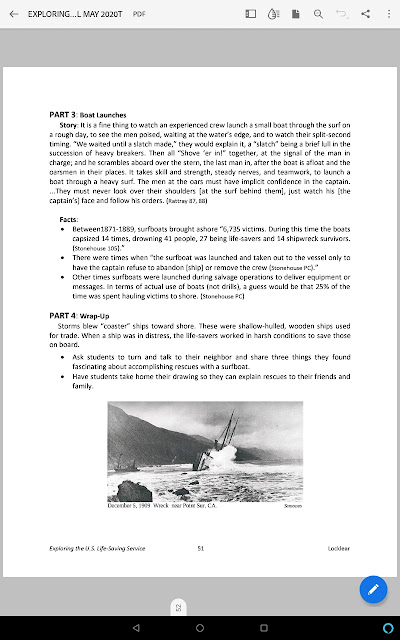 As a family, we really enjoyed reading the various stories and recollections of both members of the U.S. Life-Saving service as from family members as well as looking at the amazing photographs from a historical perspective.  At times it seemed almost like having a chat with an elderly grandfather, listening to his war stories.  We learned so much, such as how the members of the team wore numbers on their shirts that showed their ranking based on how long they had been part of the team (as opposed to today's Coast Guard wearing military rank).  The kids had a riot reading a story about two kids who were kicked out of class because they reeked of a skunk (I won't spoil the story - but the way they got "sprayed" wasn't what you would expect).  They also really enjoyed learning about the Wig-Wag flag signals.  Garrett particularly liked the photographs of the recently discovered remains of ships lost long ago.
Some of the rules of etiquette discussed were things my family was already familiar with and is a part of our lives as a military family.  For example, when in uniform, my husband always walks on the outside towards the road and offers his arm to me.  Toasts are also a common occurrence in military life during Formal Dining In events.  Also, we are use to my husband having to wear his hat anytime he is outside - seeing him put his cover on as he's stepping out of the car or out of the base exchange is just a part of our life we never really think about, so learning about how these traditions are still being used today in our military was really interesting.
We also listened to many of the suggested music.  The kids were thrilled that they recognized many of the songs from their monthly folk song lessons.  They were able to sing along with Blow the Man Down, How Can I Keep From Singing, Take Me Out to the Ball Game, I Saw Three Ships, and Buffalo Gals.
Our favorite activity so far, without any doubt, would be making homemade gingerbread.  When learning about how everyday life was like for the men at the rescue station and the types of meals they ate, we learned about how molasses was made. Molasses was one of the common staples found in the rescue station and gingerbread was often made as a desert to accompany their meals.  We had to buy a jar of molasses but we had all the other ingredients and so we decided to follow the instructions included in the unit and make our own.  Ashleigh had a great time baking gingerbread, although Garrett did help a bit.  The entire family agreed that it was a recipe we need to start making on a regular basis. 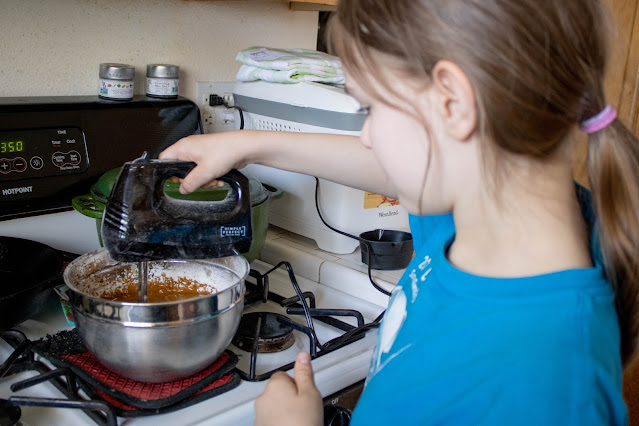 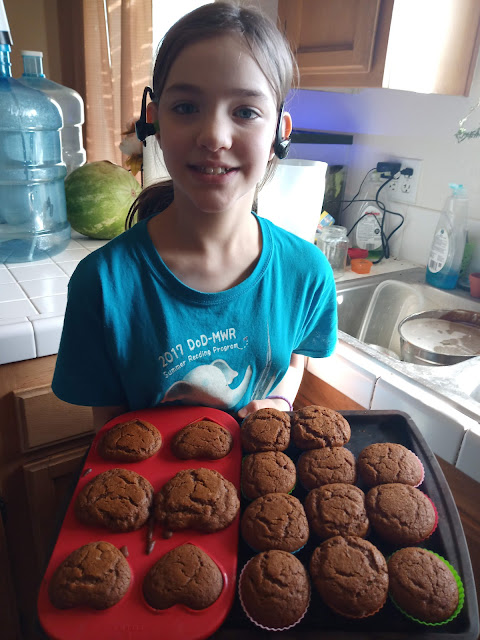 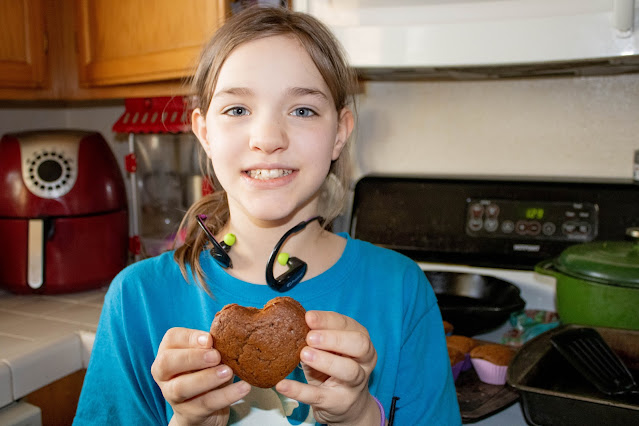 Garrett had to make it look like he did something too. But it was all Ashleigh lol. 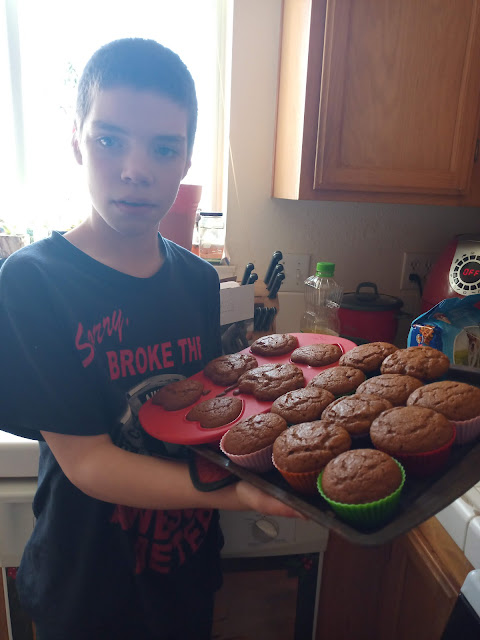 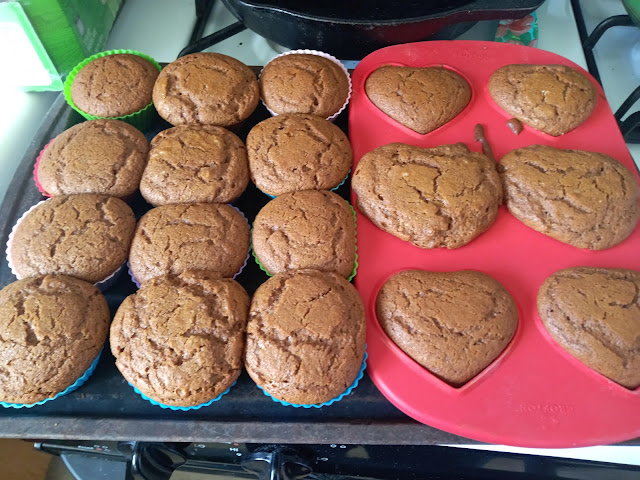 I really wish we could have done much more of the activities. One activity involved painting rocks, which Ashleigh is really excited about doing.  Unfortunately, Covid-19 has put a damper on us getting the various supplies we would need to do some of the really unique activities - our base exchange is very limited and right now going to places like Walmart and Hobby Lobby are difficult.  However, as our area begins to open up again (hopefully soon), I plan on getting these items so they can do more of the activities.
This is a really great resource and I'm glad to have been able to share it with my family.  It's also a resource that as they get older, we can revisit and complete the more complex activities designed for older students.
To find more information about Rebecca Locklear and Exploring the U.S. Life-Saving Service 1878-1915: 17 Student Workshops with 120 Activities, as well as her other unit study - The Mayflower at Cape Cod - Stories, activities, and research that connect 1620 with life today, be sure to visit the author's website.  You can also find her on Facebook at  https://www.facebook.com/RebeccaLocklearWriter/ 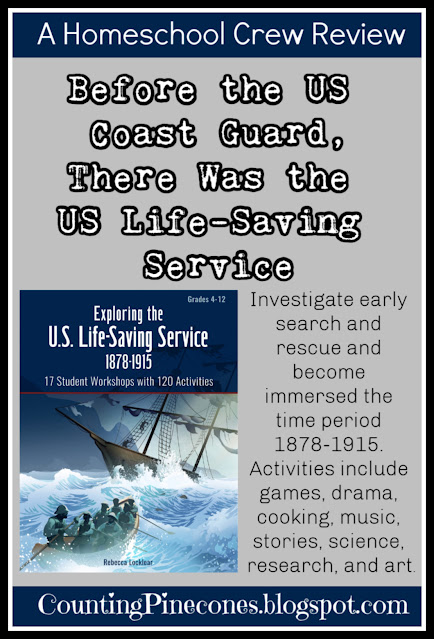 Members of the Crew were offered their choice of both of Rebecca Locklear's studies to use with their families.  Be sure to click the banner below to read their reviews today.