It’s not easy to quote from Larry Kramer’s 1978 novel Faggots without losing the horrible fun of it. The sentences are mostly humongous, clause-cragged lists involving genitalia and scatology and hard-fleshed crowds of seemingly indistinguishable men with names—so many names!—such as Billy Boner and Dinky Adams and Cunard Rancé Evin Dildough. You can only grab at certain clumps of incident and imagery as they whiz by. I hate how often I laugh at the thought of the protagonist, Fred Lemish, trying to sponge off some sexual frustration late one night at a Manhattan bathhouse. In the putrid tile water, Kramer writes, Fred spots a “cockroach up-ended, probably fucked to death, glad somebody got something, he thought.”

How fitting that Kramer’s death from pneumonia at age 84 has already sparked a controversy over rhetoric, tone, and respectability. A New York Times article originally said that the author and HIV/AIDS activist’s “often abusive approach could overshadow his achievements,” which is a hilariously provocative dig to put in this particular man’s obituary. Abusive adds a violent tint to what others less hysterically call confrontational or brave or no-fucks-given. But overshadowed his achievements? To know Kramer’s achievements is to know they happened venomously.

Angry that too few people seemed to be doing anything about the mysterious illness sweeping through the gay community, in 1982 he founded the volunteer group Gay Men’s Health Crisis. Angry that that group wasn’t doing enough to shame the government into addressing the crisis, he—as memorialized in his enduring play The Normal Heart—resigned and founded ACT UP, whose agitprop (slogan: “Silence = Death”) helped push the Food and Drug Administration to speed up its drug approval processes. A legendary 1983 op-ed on the underrecognized AIDS emergency was typical of his style when it came to thrashing against complacency. It began, “If this article doesn’t scare the shit out of you, we’re in real trouble.”

Amid present debates over whether battles against bigotry should be tempered with civility, and over whether a pandemic can be fought with status-quo-friendly half measures, Kramer’s legacy points in a clear direction: away from compromise. But it’d do him a disservice to treat his impoliteness and extremity as mere PR strategies to achieve particular ends. One might call his foul mouthedness an aesthetic if that didn’t seem too fancy a word for telling the truth. He laid it all out first with Faggots, the novel that brought him, at age 43, such notoriety that he was banned from the Fire Island grocery store he frequented. Read today, what his outrageous prose seems to chase after isn’t controversy. It’s understanding—the kind that’s still essential.

The book follows a few days in the life of Fred, a hack scriptwriter who recently attained an Adonis physique so as to screw his way through a bout of heartbreak. The pages are filled with sex and screenplay negotiations and sex and familial remembrances and sex and junk-food binges and sex and sex and aching quests for true love and also some more sex. The continual cruise is a staple of gay literature, but Faggots forgoes the suspense other books wring from “the closet” and replaces it with tension of a more existential sort. Less than a decade after the Stonewall riots happened and at the height of the disco era, Kramer painted a New York City whose queer subculture had blossomed into a glittery institution, with new bars and baths seeming to pop up on the hour. “One of these days we’ll finance a complete take-over of the Village from Christopher Street to the River and call it ours, just like they did in Passport to Pimlico, and soon we’ll have our own senator and our own President and our own university and our own medical center starring Chad Everett,” jabbers one character.

[Read: Cruising in the age of consent]

That jabbering character, it must be said, is high on angel dust at the end of a club-opening-slash-porn-screening-slash-orgy at which death and pedophiliac incest has taken place. Kramer, his critics fairly noted, did risk setting gay people back in the public imagination by staging operatic violations of taboo on every few pages. His characters were so distracted, addled, and unmoored that they tended to slip over lines rather than set out to violate them, and usually they experienced a wave of realization in the instant following climax. “Don’t touch me! Clothe your nakedness!,” one such sinner realizes, and the biblical paraphrase hints at a level of shame yet-deeper than that of standard gay self-loathing. What Kramer is wrestling with is an important question often left only for homophobes to articulate: When untethered from long-etched rules of gender, when prizing liberation over all else, how does one stop oneself from spinning out into amorality and non-identity?

Fred’s arc suggests an answer as simple as separating one’s own authentic desires from the fleeting demands of lust and social pressure. (Fred’s bolt of clarity in the book’s final pages: “What am I doing?”) A reader can also see—in Kramer’s sprawling diagrams of money, drugs, and bodies flowing as one—a critique of overheated capitalism preventing a community from establishing values other than pleasure-chasing. In any analysis, the prose is so aroused by the very things it interrogates that it certainly doesn’t scan as a wholesale condemnation of sexual indulgence. What Kramer wanted was a negotiation. Like when one character refers to a newfangled carnal contraption as excessive and another shoots back, “What’s excessive?”

The beauty of Kramer’s work, both in Faggots and in his career after, is that he refused to believe an honest negotiation was a polite one. How could a person clearly discuss matters of sex and society without a phrase like fucked to death? The question became more than academic only a few years after that first novel, when HIV began to spread among gay men. Kramer understood early on that combating the disease would take massive agitation for government action, but it would also take some behavioral shifts within the community. Pursuing both efforts at once got him paradoxically branded a radical as well as a scold. That was the price he paid for not mincing words even while confronting a sickeningly fraught and complex crisis. 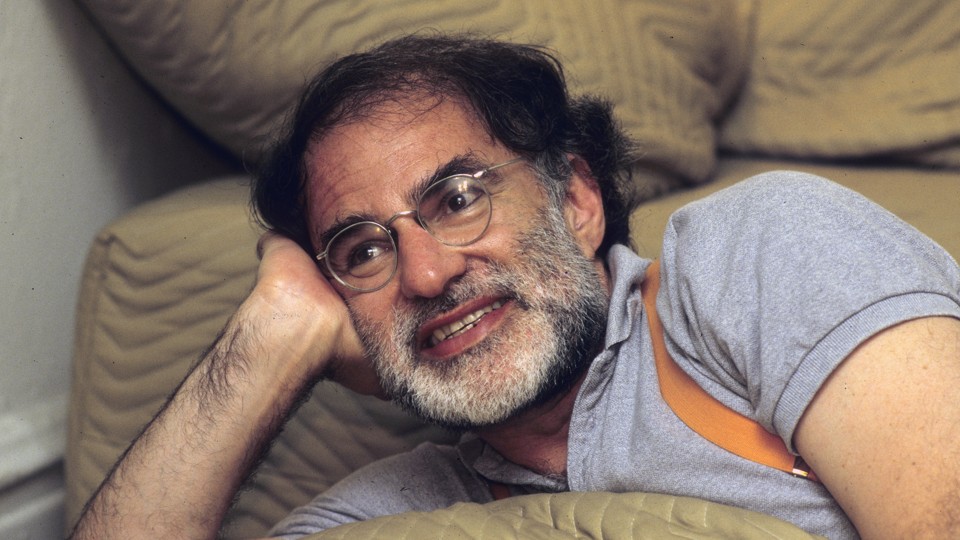